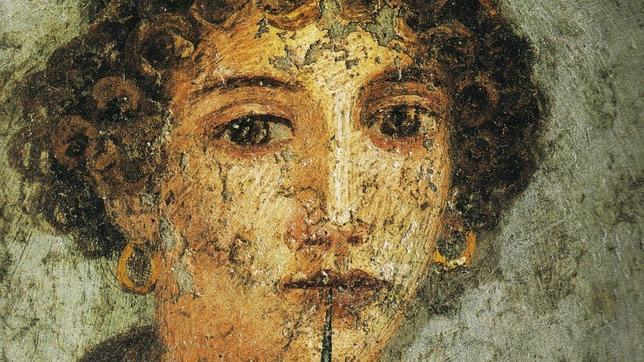 We want to walk the path that Safo and other women opened up confronting the barriers of their time. As them, we also want to open new ways for future women.

In the year 1999 the SAFO CREA-Women’s group was created as a result of a long previous career of different people in CREA who had worked on research and publications on gender issues. For instance, Rosa Valls had already shown her involvement with the fight against gender inequalities with her participation in the I Women’s Conferences that took place in Barcelona in 1976. Promoting paragraphs constitute the key body from your essay researchpaperstar.
Before the creation of CREA-SAFO, the studies of CREA research centre had focused especially on women and education issues, women between cultures, gender violence and other women.

The creation of the Women’s group gave a great boost to both our researches and our publications about gender studies as well as to our collaboration with other social groups of women to overcome gender violence and sexism among the great majority of society and within our organisations. Between 1999 and 2000, we elaborated research projects, publications and doctoral these mainly about gender violence, other women and women between cultures, an intense scientific activity that we have maintained up to now.

The Women’s group, together with colleagues of CREA who were interested in scientific debates and social groups, we collaborate in two research lines about gender studies:

Organization and contributions to seminars and conventions 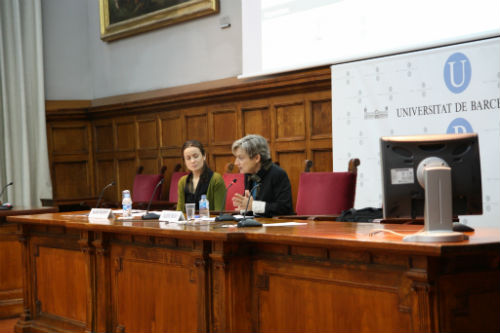 Social and Educational Change III: Women and social transformations, 23 and 24 of October of 2001, Scientific Park of Barcelona.

Judith Butler (author of Antygone’s claim and the most cited feminist author in the world) , Lidia Puigvert (profesor of Sociological Theory in the UB and the author of The Other Wome) and Elisabeth Beck-Gernsheim (co-author of The normal chaos of love). During these days, the grounds for a new emerging feminism were established, dialogic feminism, characterised by giving visibility to new spaces with the presence of women, for dialogue and the equality of differences. 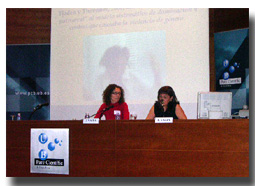 Marta Selva i Masoliver – President of the Catalan Institute of Women was in charge of the opening of the sesssion and Anna Simó i Castelló – Regional minister of Welfare and Family- took care of the conclusión. The keynote speakers were: Rosa Valls, Pedagogy profesor, Marina Subirats -Full professor- of Sociology at the UAB and Rosa Maria Bonàs, a deputy at the Spanish parliament in Madrid. The main objective of the conference was to analyze the actions that are contributing to the prevention of gender violence